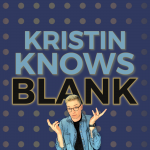 Today’s Guest, LUKE SEVEREID, is a comedian and avid recreational gamer. Luke has also been in several prestigious comedy festivals including being a semifinalist in the 2021 San Francisco Comedy Competition, the Bumbershoot Music Festival, and the Seattle International Comedy Competition. You might have also seen him in the award winning horror movie “Buzzard Hollow Beef” or the several short films he’s been a part of that recently won Best Comedy at both the HUMP Film Festival & West Sound Film Festival.

SUPPORT THIS PODCAST through the Patreon