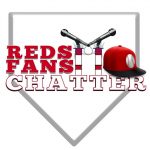 In this episode Scott & Nick are joined by Nate Miller from Last Word On Sports. Nate covers the Texas Rangers organization and joins us to talk about the Reds trading for Nick Solak and things going on with the Rangers and baseball in general. Scott & Nick also give a RedsFest update and talk about the recent moves the Reds made releasing players and moving players onto the 40 man roster as the Rule 5 draft is upcoming.